Shark nets are gillnets set at beaches in KwaZulu-Natal, South Africa to cull sharks, because lowering the population of sharks has reduced the incidence of shark attacks (Dudley 1997). We worry because sharks are facing a variety of threats in the ocean and their numbers are diminishing. Systematically removing sharks, who are the top predators, is likely to have negative impacts on the entire marine ecosystem.

To make matters worse, other harmless marine animals are caught unintentionally and die in the shark nets – dolphins, turtles, and rays. The KZN Sharks Board is especially concerned about humpback dolphins – they have recently slipped from Vulnerable to Endangered on the IUCN's Red Data List. On average, 6 rare humpback dolphins have died in the shark nets each year since 1980. This may not sound like many but such a small population is unlikely to be able to sustain the relatively high mortality rate. We have been working with the Sharks Board to reduce the impact.

We know that Richards Bay is a hotspot for humpback dolphin bycatch and so we are trying to understand how the dolphins use the Richards Bay are while we simultaneously seek alternatives to shark nets.
​
So we aim to figure out the dolphins behaviour in the netted area by answering these questions:
We have installed a video camera so that we can monitor dolphins in this area and will be placing a microphone (aka a hydrophone) into the water near the shark net.

You can participate in our study by watching the video footage and letting us know when you spot dolphins.
To learn more, see our Frequently Asked Questions click here. 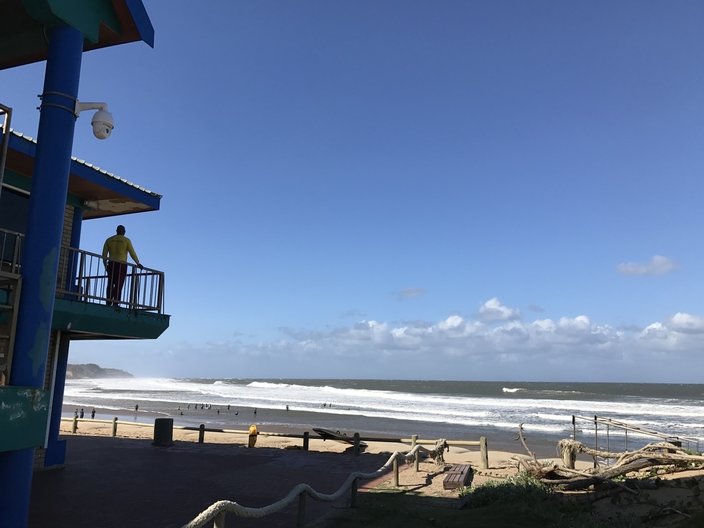